Ealing Labour launched its manifesto ahead of the 2018 local elections to deliver for the Borough by 2022 and beyond.

The manifesto outlines our broad vision and growing ambition for the Borough, even in the most difficult of times. Genuinely affordable homes. A decent living income. Healthy people and thriving neighbourhoods. These are the priorities of the Ealing Labour Party going forward into 2018 and beyond. 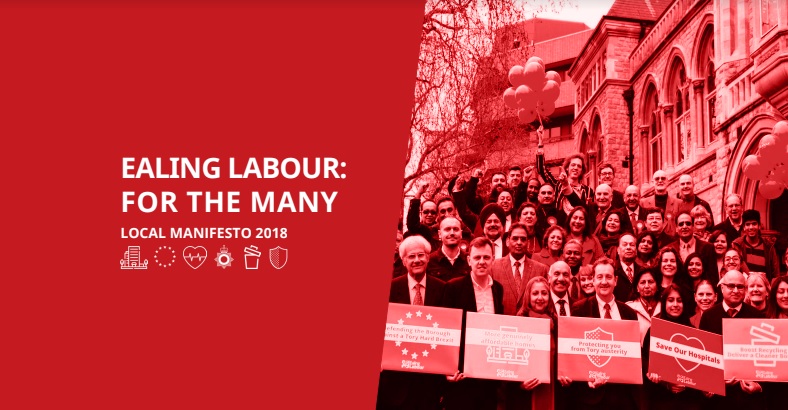 Read our full 2018 Manifesto For the Many
by clicking here

Read our top six pledges to the Borough
by clicking here

Labour have achieved a great deal since we came to power in Ealing in 2010. Whether building new homes, enhancing our green spaces, fighting to Save our Hospitals or campaigning alongside residents against Brexit, we have delivered a great deal in the last eight years.

But following the 2010 election, it became immediately clear that the Conservative-Liberal Democrat government would begin to target local councils with the most savage of cuts.

In Ealing the government has cut almost 65% of our revenue budget. We have £143million less to spend on services across our Borough. Given increasing size and age of our population, we will need to have found £265 million of savings by 2020 just to balance the books.

This is the context in which we make our pledges to the Borough in 2018.

We’ve launched our 6 pledges for 2022. Read about them here